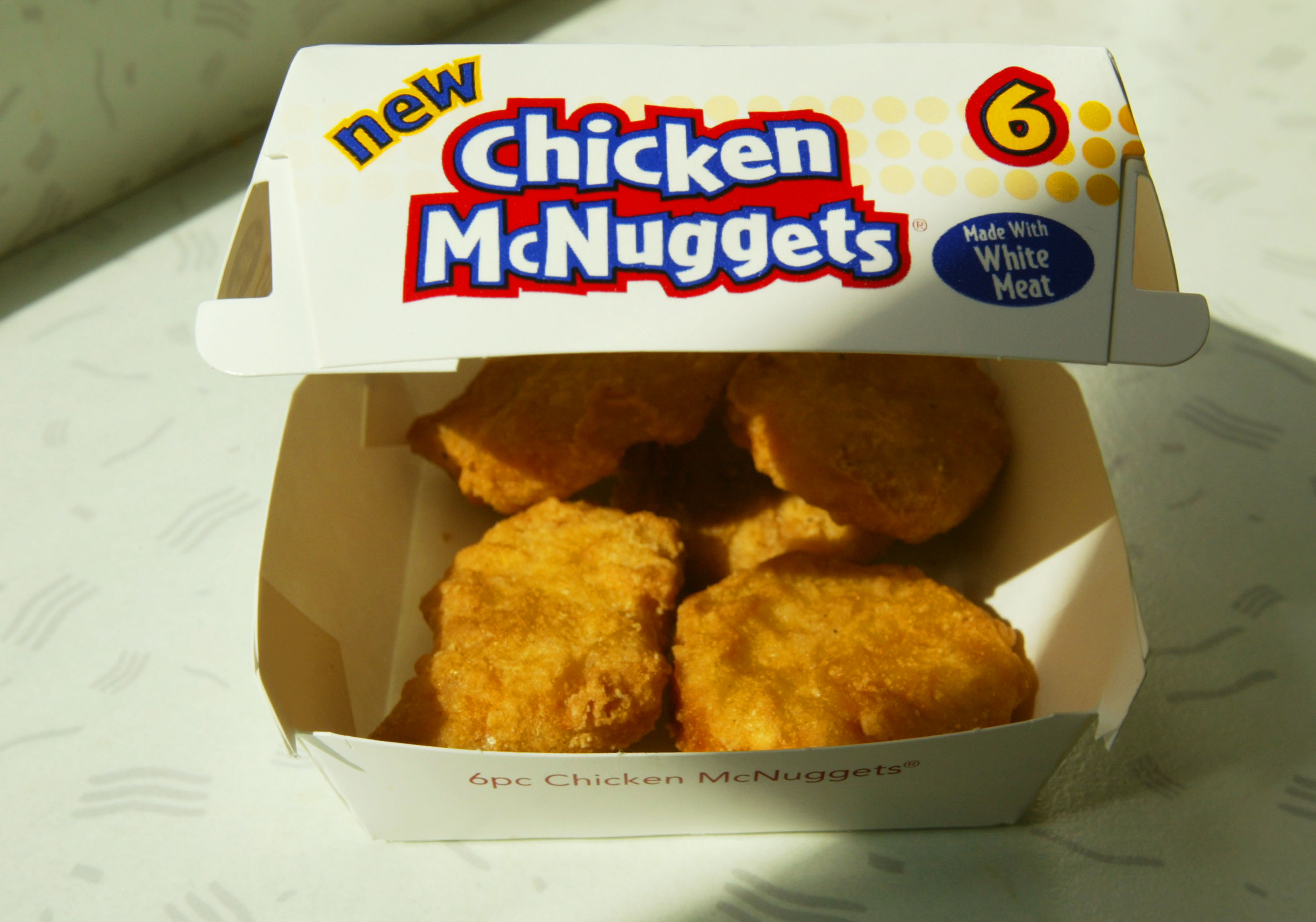 When White Castle opened its first doors in Wichita, Kansas in 1921, it quietly began a dining revolution in America. It took a few decades for fast food to really get on a roll: McDonald’s, the first to translate assembly line practices found in car factories into kitchens, opened what would become the modern iteration of the famous hamburger joint in 1948. Soon after, other restaurants were taking note of McDonald’s success and pivoting their restaurants to mimic the standardization and processes. Burger King, Carl’s Jr., Taco Bell, Arby’s, Chick-fil-A, and Wendy’s came into their recognizable forms in the following decade, and ever since have dominated suburbs and freeway pitstops.

Fast food has come to represent broader issues facing Americans. Fast food is cheap, meaning it’s an essential source of calories for the millions of Americans experiencing food insecurity. For parents and caregivers working long hours, finding time to cook a meal can be difficult to impossible, with the convenience of fast food providing an easy source for dinner everyone in the family is happy with. Most fast food is high in saturated and trans fat, sugar, and sodium—without much if any of the good nutrients the human body needs.

Fast food is also tasty—the result of all that fat, sugar, and sodium, not to mention the food science that goes into making burgers juicy and fries crispy. So beloved are some fast food staples that many people try to recreate them at home. With access to simple recipes via the internet and popular cooking shows on television, Americans can whip up their favorite spicy fried chicken sandwiches, breadsticks, and taco concoctions at home. An added benefit is that buying ingredients from the store will drastically cut down on the fat, sugar, and sodium levels of the same meal at a fast food joint. The downside? Well, you have to make it yourself.

Stacker hunted for the recipes that make it easy, scouring lifestyle blogs and cooking sites to find copycat recipes from the top 20 most popular fast food restaurants. Read on for recipes to make chicken nuggets, pizzas, crunchwrap supremes, and more, all in your own kitchen.

You may also like: Food history from the year you were born

McDonald’s Chicken McNuggets are fried, easily dunkable, and loved by children and adults throughout the world. This copycat recipe is sure to be a godsend for busy parents of picky eaters, and it only takes 30 minutes. Shake the tenderized chicken in a bagged mixture of flour and spices, dip the battered chicken in egg, lightly fry for 10 minutes, and finish in the oven.

The iconic drink is notorious for warming hearts and stomachs alike during the holidays and has caught on well outside the Starbucks spectrum. This recipe combines creamy pumpkin puree, pumpkin pie spice, espresso, milk, brown sugar, and decadent vanilla syrup to bring the famous latte to your home kitchen.

Any fan of Subway knows that the bread makes or breaks the sandwich. This recipe lets you enjoy that soft, delicious bread in the comfort of your own home. Combine warm water, yeast, sugar, salt, olive oil, and flour. Allow the dough to rise for 30 minutes, and bake for 25 minutes for the perfect loaf.

Utilize a charcoal grill to get the classic flavor Whoppers are known for. This recipe gets technical, taking into consideration everything from patty depth to onion-slicing techniques.

Source: Life in the Lofthouse

This crunchy wrap is loaded with flavorful ground beef, crisp lettuce, melty cheese, and fresh tomatoes, just like the classic Taco Bell version. To go even more homemade, make your own taco seasoning for the beef.

There’s nothing like a warm bowl of chili from Wendy’s to spice up a cold evening. This version of hearty chili stews the spices, ground beef, vegetables, and beans for an hour to get the very best depth of flavors. You can even adjust the amount of heat for those who can’t handle the spice.

The humble jelly is widely recognized as one of the messiest doughnuts to eat at Dunkin’ Donuts—and that’s not necessarily a bad thing. In this version, you can choose exactly which type of jelly or jam you’d like to put inside the warm, fluffy donuts. After making the dough, divide it into circles and sandwich the jelly in between, fry until golden brown, and roll in sugar while still warm.

Out of all the items on Chick-fil-A’s menu, the hand-breaded chicken sandwich has to be the most iconic. This copycat recipe combines spicy cayenne and smoky paprika in the seasoning, and it really goes in-depth as to what makes the perfect chicken sandwich. For example, brine the chicken breast for at least six hours to make this sandwich a real show-stopper.

Use a blend of different cheeses—at least five—to create this version of Domino’s satisfying snack. The recipe even leaves room for interpretation, like adding jalapeños or bacon to create another layer of flavor.

No need to call for delivery when you’re craving a cheesy pan pizza from Pizza Hut. This recipe gives you all the information you need to create one at home, right down to the fresh pizza dough and homemade sauce. The dough needs to rise for at least an hour and the oven pumped to 475 degrees Fahrenheit for maximum effect.

Panera soup is so popular that the company sells it in grocery stores all over the U.S. This version of the hearty soup is the ultimate comfort food, especially considering that it’s loaded with fresh veggies like broccoli, carrots, and onion. Make the soup even creamier by blending everything together before adding the cheddar cheese.

Chipotle’s chicken is one of the stars of its burritos, tacos, bowls, and nachos. The combination of ancho chile and adobo sauce gives this chicken marinade an extra authentic kick. Blend them together with spices and oil, and marinate the chicken for at least 30 minutes (overnight is even better).

Just seven ingredients and 20 minutes are all it takes for some of the fluffiest, most satisfying homemade biscuits on the internet—with just as much flavor as the KFC classic side. Flour, baking powder, sugar, cream of tartar, salt, butter, and milk are mixed and baked for 10 to 12 minutes. Make them savory with gravy, or go sweet with some jam or fruit preserves.

One of the most delicious drive-in staples at Sonic is surprisingly simple to make at home. This recipe combines sprite, cherry syrup, fresh lime, and ice. It only takes about five minutes to make.

This recipe reveals a couple of important steps, like putting the mixer in the freezer, for turning regular ice cream into the creamy Dairy Queen dessert we all know and love. Use any kind of crushed mix-ins like cookies, candies, brownies, or granola to make this frozen treat even better.

Even though whipping up this version of Arby’s classic roast beef sandwich will take less than 10 minutes, the result is pretty impressive. The homemade, tangy “secret” sauce made with ketchup, salt, and onion and garlic powders, combined with gooey cheese piled high with thinly sliced roast beef, is enough to make anyone’s day a little nicer.

This is sure to be a hit for anyone who likes dipping Little Caesars cheesy garlic bread into marinara sauce. Bake the dough ingredients and top with garlic, butter, parmesan cheese, and a little salt. The recipe even comes with its own video, providing step-by-step directions for bread-making novices.

Jack in the Box tacos

Millions of this fast-food chain’s tacos are consumed in the U.S. every year, or according to the Wall Street Journal, more than 1,000 tacos per minute. While the popularity of what the chain calls a taco is a bit of a mystery, if you’re one of the millions who love it, you can make it at home, assembling and then freezing them for the Jack in the Box authenticity, according to this recipe.

Any fan of fried chicken knows that perfect seasoning is everything. That’s why this recipe’s version of Popeyes’ famous, hand-breaded, spicy fried chicken uses 10 different ingredients in its spice mixture. Give the chicken a classic buttermilk brine, and golden fry in peanut oil to make this dish irresistible.

Many pizza fans maintain the idea that a pizza is only as good as its dipping sauce, especially when it comes to Papa John’s customers and their garlic dipping sauce. When you’re tired of the traditional ranch, give this version of garlicky butter sauce a try. Melt margarine on the stove or in the microwave, and then add garlic powder and a pinch of salt.