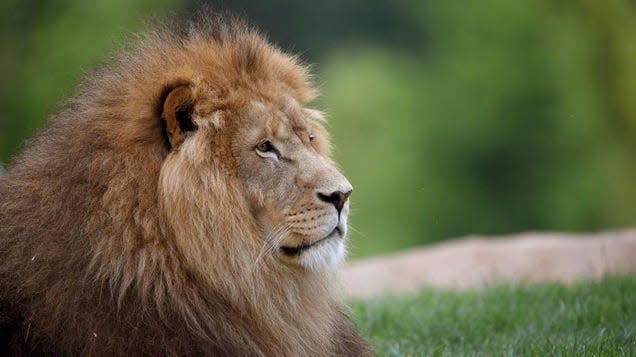 Are some kids born into this world already knowing how to go viral? First, there was the little girl who wanted a cake depicting the execution of Anne Boleyn by Henry VIII for her sixth birthday. As if that weren’t enough, People reported this story about a three-year-old named Leona who asked her parents for a Lion King–themed cake, which on paper is really cute. Kids love animals, kids love animated movies, this checks out. But of all the ways that Simba and friends could be depicted on a cake, Leona decided she wanted Mufasa’s death scene represented the most, saying, “everyone will be too sad to eat the cake and it will be all for me.” Her uncle, Casey Feigh, tweeted about this emotional masterstroke and posted a photo of the resulting cake.

The cake, pictured in the tweet, is a mix of morbid, cute, and hilarious all at once. I mean…Simba’s standing on a cliff, looking sadly down on Mufasa’s lifeless body below, with “Leona is 3!” written in icing next to the carcass in bright red lettering. Is it possible to feel every single emotion at once? Because I think that’s what I’m feeling. I am also in sheer awe at the artistry. For those of you screaming at me about spoilers, the movie came out in 1994, and you’ve had 27 years to watch it. (Also, if you didn’t already know about Mufasa’s death, congratulations on not getting emotionally wrecked by it as an impressionable child.)

Thirsty Whale Bakery was commissioned for the project and presumably happy to oblige, judging from the cheery end product. After the tweet went viral, Leona and her family talked to TODAY, with her mother Alison saying, “I was like, ‘I’ll just put it in writing and click send. The worst they can say is no.’”

Oh, and if you’re wondering what Mufasa’s death tastes like, it’s cookies and cream. I hope Leona got as much cake as she wanted.