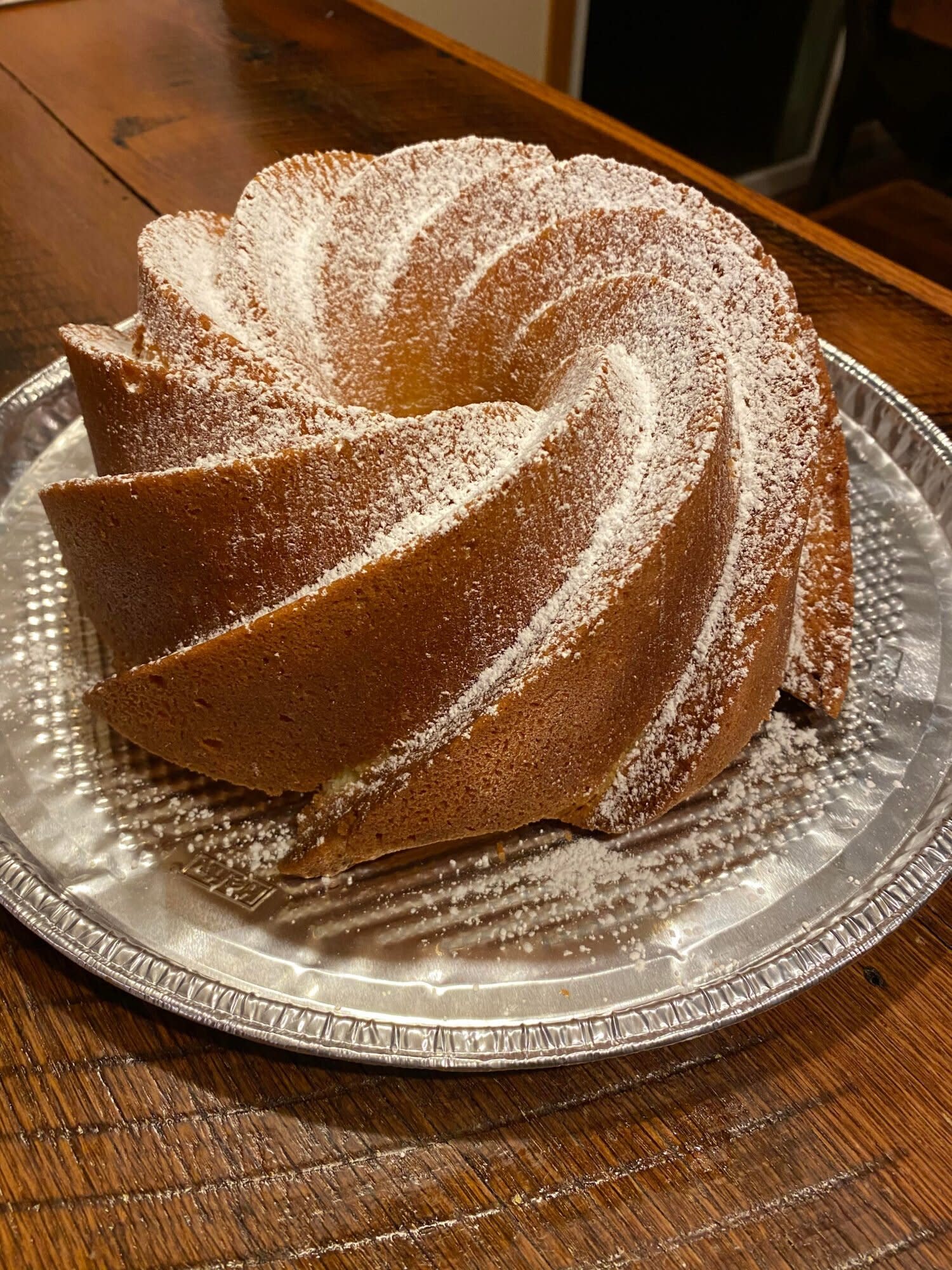 The latest recipe to take the Internet by storm popped up on Reddit’s /Old_Recipes forum about a month ago, courtesy of St. Louis resident Jamie Moranz.

Moranz shared a photo of her go-to birthday cake, the so-called Whipping Cream Cake, along with a recipe passed down by her mother-in-law from an Iowan town’s centennial anniversary in 1979.

Hungry Redditors were eager to duplicate the simple, vintage dessert and the decadent Bundt cake immediately took off. “I can’t tell if I wanna eat this cake or be this cake,” one commenter wrote.

So, why the hype? It probably has to do with the fact that it only has six ingredients and, as one happy baker put it: “It’s DIVINE. Crispy and buttery on the outside, moist and decadent on the inside.”

Speaking with Today, Moranz described her favorite dessert similarly. “The cake itself is heavy, but not in an overly decadent way,” she said. “The bottom layer always seems to be just slightly undercooked, leaving the last few bites perfectly gooey.”

The original Whipping Cream Cake recipe is as follows:

Leave butter to soften at room temperature. Add sugar and cream well. Add one egg at a time, beating after each egg. Add flour and whipping cream (do NOT whip) alternately and add vanilla. Start in a COLD oven at 325 degrees. Bake one hour and 15 mins. Test for doneness.

WATCH: Can You Really Hear a Cake “Sing” When It’s Done?

Note that the recipe calls to start by putting the cake in a cold oven. As Courtney Kassel explains via Food52, this is an important step in a cake like this one, which is meant to be dense. “Baking from cold and warming up only to a relatively low heat (325°F) ensures the cake can slowly cook all the way through, before the outside browns or burns,” she writes.