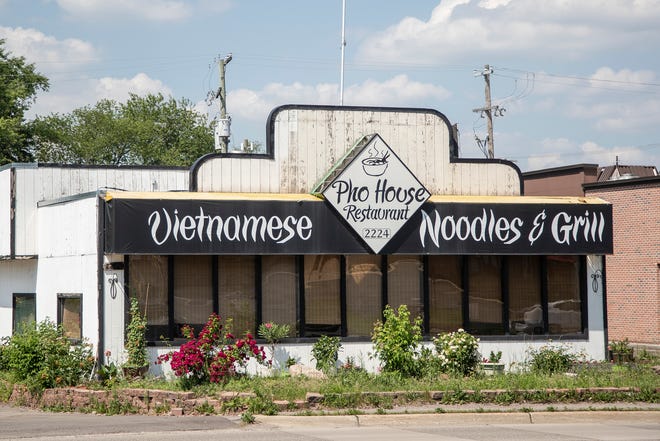 An Ypsilanti restaurant took to Facebook on Friday morning to try to clear up rumors tying it to a man charged in the shooting of a 6-year-old boy in Ypsilanti Township on June 6.

“He’s not the owner, he never has been and I have always been the owner of the building,” Jurney Inhmathong of Pho House Vietnamese Noodles and Grill also told MLive.com. “So I don’t know how people got information saying he was (the) owner, but he never was.”

The shooting was a “terrible tragedy” and their “hearts go out to the family and the child that was hurt,” it went on to say.

“We do not support what he did. We do not condone his actions. He is not married to any of our family members.”

An employee who answered the restaurant’s telephone told a Free Press reporter the restaurant was receiving a lot of angry calls Friday.

During an emergency bond hearing on Thursday, Le-Nguyen’s bail was increasedfrom $10,000 to $100,000, following    community outcry over  the original bail.  Back behind bars, Le-Nguyen is accused of shooting the boy in the arm as he was getting his bike from his yard, Fox 2 reported.

More:Boy, 7, shot while playing with handgun on Detroit’s west side

A post on New Era Detroit’s Facebook page encourages people not to support Pho House Vietnamese Noodles and Grill because, it claims, the restaurant is the “family business of the man who shot 6-year-old boy.” The Facebook post had more than 570 comments and 8,400 shares as of Friday evening.

Facebook messages sent to New Era Detroit, described as an “organization formed to restore Black unity in Black communities in Detroit as well as across the nation,”  were not returned.

On Yelp.com, a review site that includes restaurants, the business is being monitored for content, a “Public Attention Alert” is posted and posting has been disabled. According to Yelp, alerts are placed on a business page if someone associated with a business is “accused of, or the target of, racist behavior … to warn consumers that the business may be seeing an unusual spike in reviews as a result of increased public attention.”

Part of Yelp’s policy is to make sure the posts are a first-hand experience.

“When a business gains public attention, consumers often come to Yelp to express their views on the news, which can artificially inflate or deflate a business’s star rating,” said Kathleen Liu, Yelp spokeswoman, in an email to the Free Press.

According to Yelp’s Safety and Trust report 2020, the site reported a more than 200% increase in “media-fueled” alerts from 2019.

Matt Friedman, co-founder of Tanner Friedman Strategic Communications in Farmington Hills, said these situations are “emblematic of a trend.”  More and more of this is happening with businesses and issues of all kinds, he said, causing public relations problems and worse in all sectors of society.

“This is a symptom of what we are seeing in the widest possible range of conflicts from the Middle East, which has been going on thousands of years, to a local crime news story to everything in between. It’s communication, information and education by meme.”

And what is out there, Friedman added, can be very dangerous when it’s wrong.

“As a consumer, when you are on social media and see something from someone you know, like and trust, your tendency is to believe it even if it’s not true. Your tendency is to often share it if it strikes an emotional chord whether or not it’s true.”

Rumors have always existed, but Friedman said the difference is when a rumor looks official, it’s easier to spread and cause immediate and deeper reputational damage.

“It’s right in front of them. It’s on their phone,” Friedman said. “It’s something not overheard at the grocery store anymore. It’s possession in your hand.”